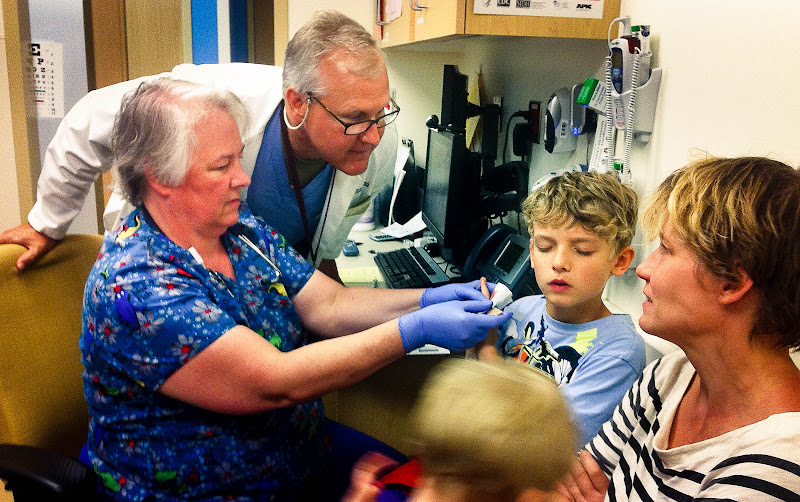 [UPDATED with notes from Jessica at the bottom]

That what he said on the phone just now from the Children’s Hospital as he sits there with Jessica. “And I didn’t die,” he added. “But I got close to dying when they put the stitches on.” Fair enough.

Earlier tonight we were having dinner in the backyard and Arthur got mad about something and as he walked to the back door he shoved two separate window panes of glass real yard and both hands broke their respective window pain. What strength! He had a series of cuts all a number of spots on his arms and fingers, though nothing real big. Phew! I say this only cause we all agree (doctor, too, apparently) that it could’ve been much worse with deeper cuts. He ended up with some glue to hold together a deepish cut on his pinky and some stitches in his upper right arm. (after the jump I included a sorta graphic-ish out-of-focus pic of his finger cut)

Initially Jessica first whisked him to Urgent Care around 7pm (it’s Monday night). There was no question who would take Art–Jessica is spectacular in a crisis. She’d be an amazing emergency room doctor, cool as a cucumber at all times. Anyway, shortly after Jessica left I swept up the remaining kids to come visit Art and his mom (we even brought some ice cream sandwiches!). When all the kids got there to support their big brother (and give him pictures they drew) Jessica said it was the first time he smiled since arriving. He was really disturbed and hyperventilating in the beginning. “I’m going to die!” he yelled.

The doctors there suggested he head to Children’s Hospital for better care so we all went across town in two cars. Then Art and Jessica continued on as we all came back for bedtime.  And then I just got that wonderful phone call from a proud, happy, pain free Art. “I got stitches!” he said with a great deal of pride.

Jessica: Art did great. Really. He was a total wreck on the way to the clinic – panicking about having a bad cut, getting stitches and it hurting. He was practically hyperventilating but he let me help him breathe slowly which would help until he started thinking about stitches again. He was still pretty worked up at Urgent Care so they suggested that we go to Children’s Hospital where they could address the cuts and give him something to calm down if he needed it.

But he didn’t need it. Despite panicked crying when the nurses were out of the room he breathed deeply and slowly whenever the nurses or doctor worked on his cuts and he held perfectly still while they injected the anesthetic in several separate spots for the stitches. He just did great. And Ben, Lewis and the girls arriving at Urgent Care was awesome. It was the first smile Art made since his arms went through that glass. I’m so proud of Art. He did great. 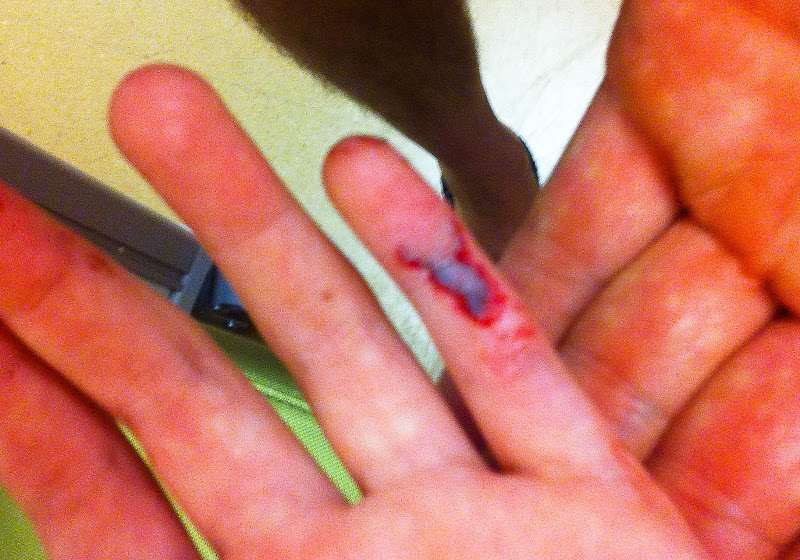