In St. Louis we visited one of the singular most amazing places on earth, the City Museum. An “eclectic mixture of children’s playground, funhouse, surrealistic pavilion, and architectural marvel.” 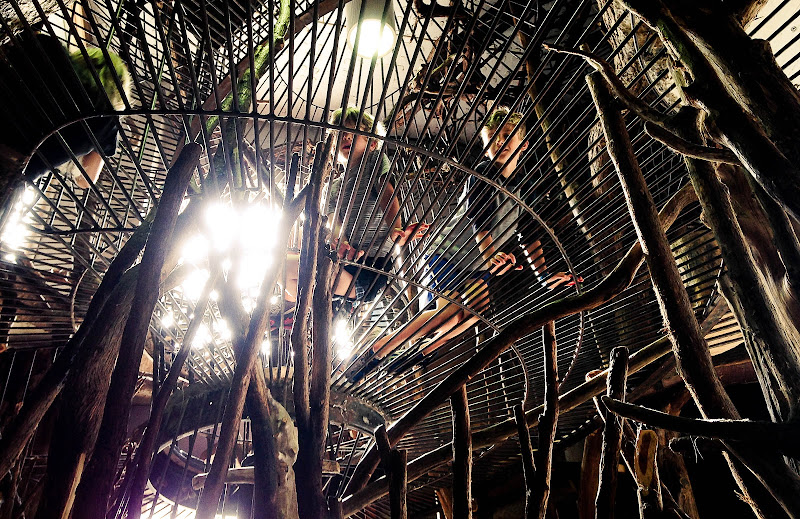 If you’ve not been it’s hard to explain. Built inside a former shoe factory in St. Louis, the museum is an inspired place to explore and crawl and slide and disappear and feel constant mind-bending awe and wonder. For instance, I was walking along a room with a massive life size whale and I noticed a little fireplace on the wall. Lewis walked over and said, “Papa, look, a hole!” and he slide down and disappeared into some tiny little tunnel to the basement. I tried to follow but couldn’t fit. He was gone! Here’s him coming out of another hole in a cave-like part of the museum with tunnels and dinosaur teeth and all kindsa crazy: 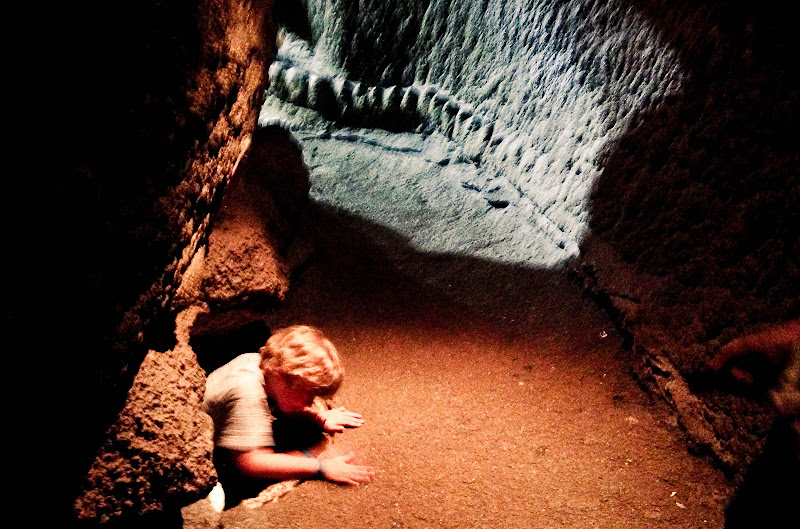 This is a random video I found on YouTube that captures some of different spaces pretty well.


They have big huge stuff just laying around, like this chain Jessica tried to pick up: 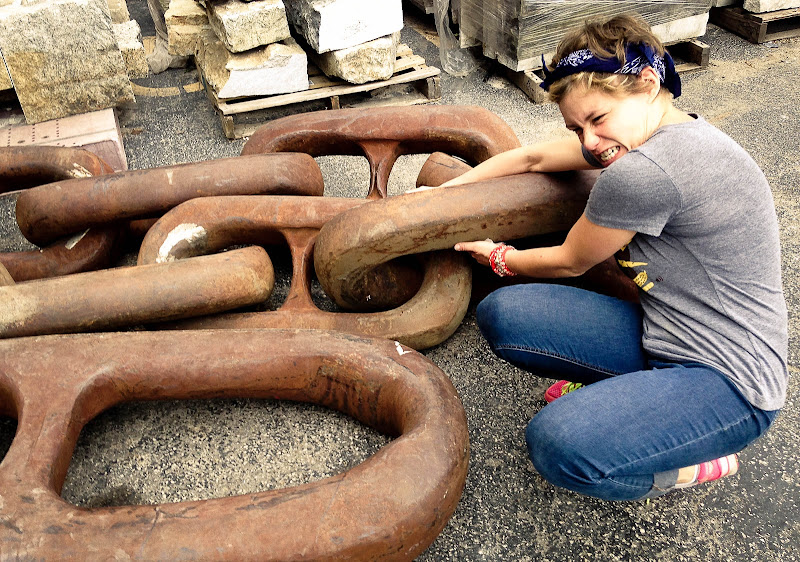 I was walking around some welded complex of wires and walkways and looked down and there’s Jessica and the girls! 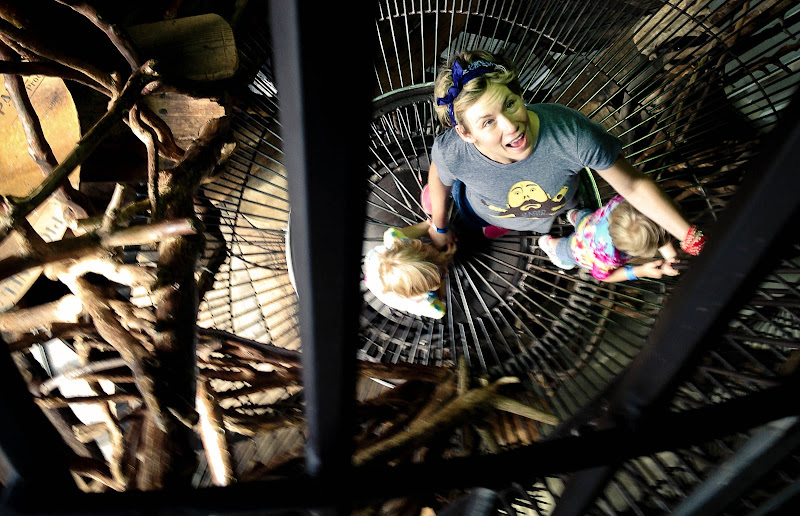 Here’s the no-skate park. A complex of skate-park-like ramps that are slippery. Some spots were real high and kids could sorta freefall down to the ramp. Such a fun and simple idea. The kids played here forever. 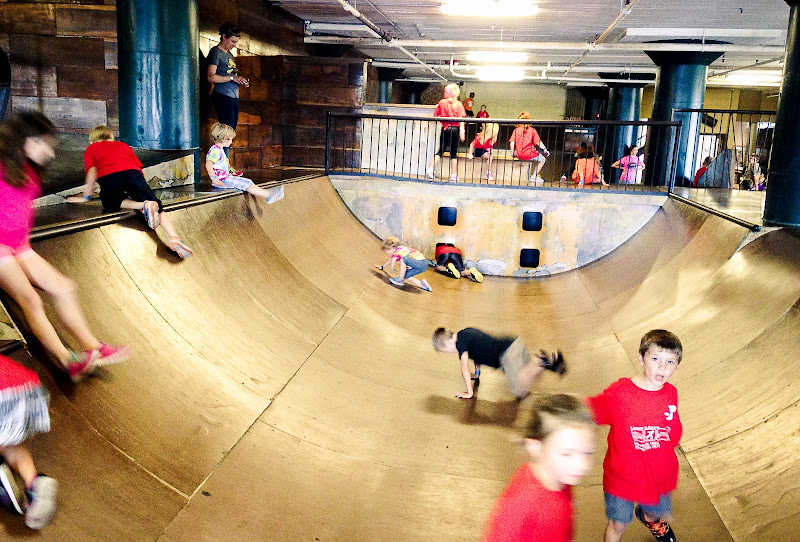 At one point Art and I were exploring a hanging tunnel system and we found a little hole in a whale’s flipper and went down a level. And suddenly there was this incredibly long tunnel (like more than a hundred feet) we followed that took us to an entirely different part of the building. There are spectacular slides in every direction, some 10 or more stories high. It’s WACK! Next time we will return with at least two full days, we only explored a tiny fraction of the huge place. And they’re building new stuff all the time.

Art (or Lewis) going down on of the dozens and dozens of slides. 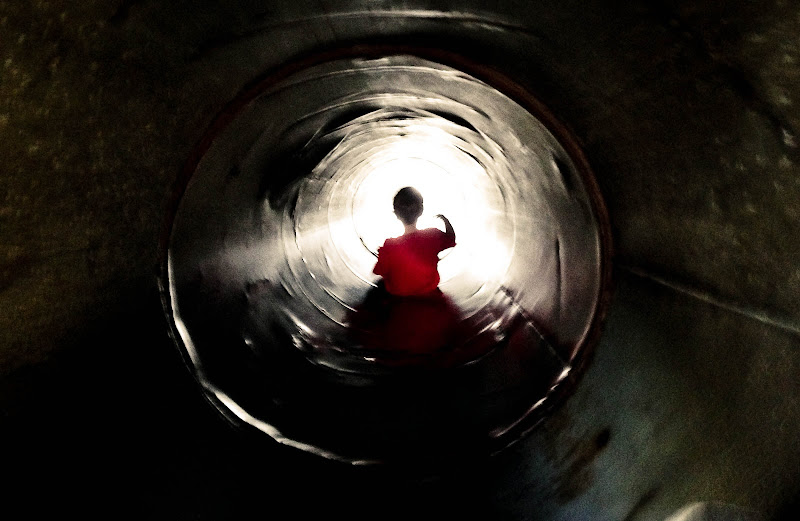 Outside the had a series of walkways and stairs and tubes and tunnels networking across the sky. They had a couple REAL airplanes suspended real high and kids could just go in and fiddle with what was left of the controls. There wasn’t some sorta reduced airplane-like cockpit to inspired pretend play…. There was the REAL THING! I just love that. Look closely in this photo and you can see kids crawling up from one airplane to another in some welded tube suspended high above the ground. Scary stuff! 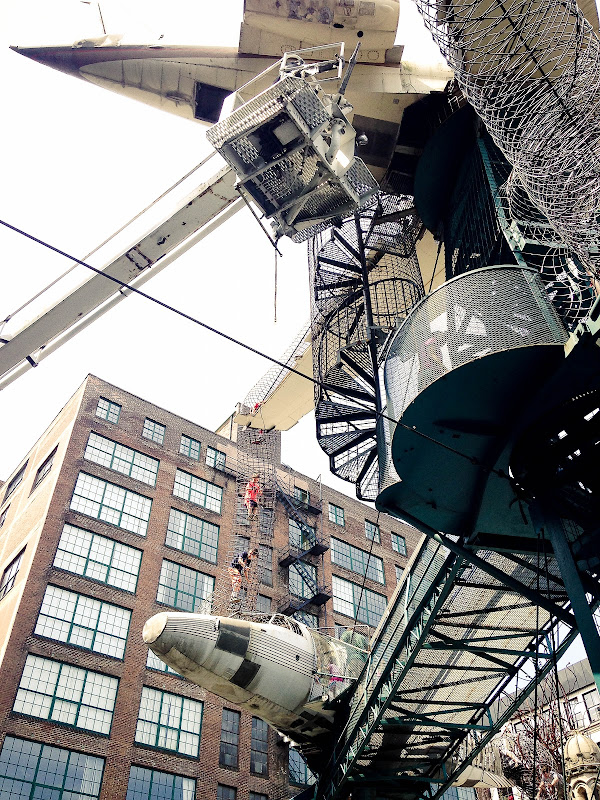 Bailey and Netta take the controls. 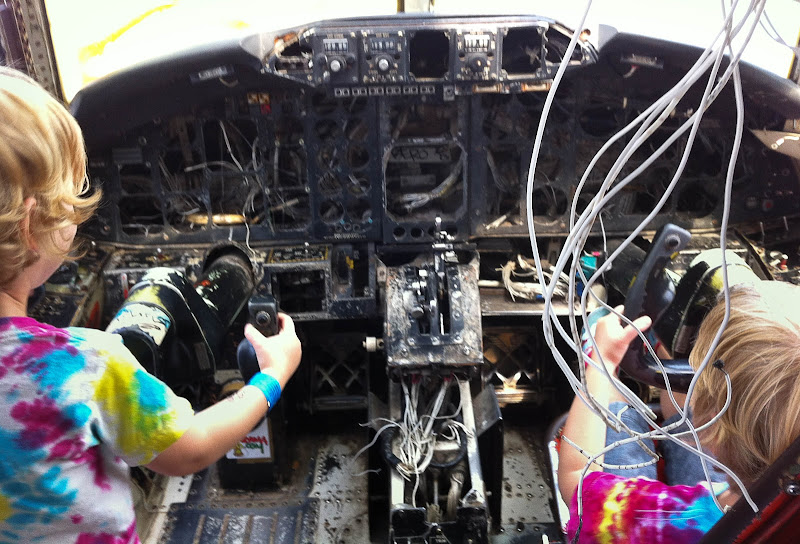 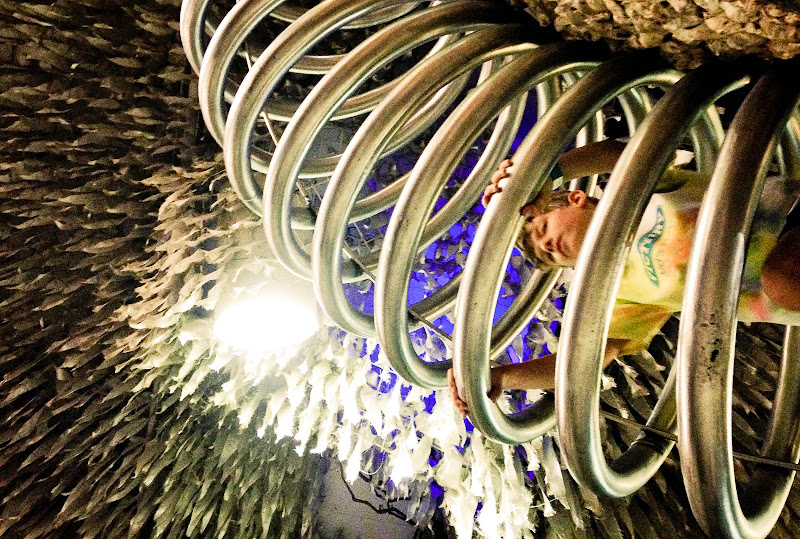 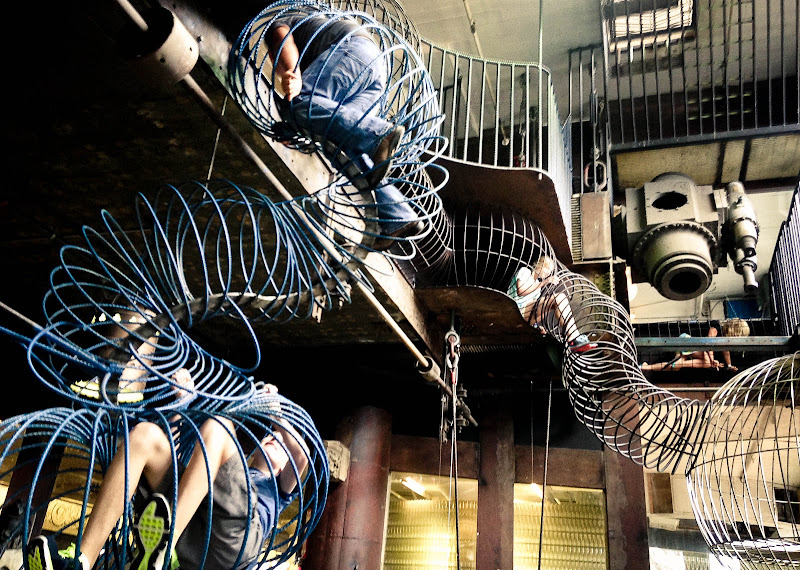 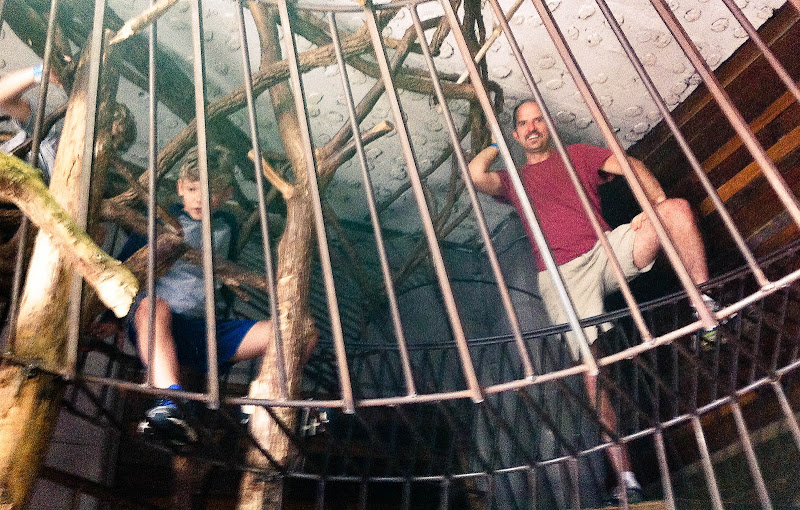