This year Arthur and  Lewis attended a camp at Leonardo’s Basement called ‘raiders of the lost junkyard’. On the first day they set an old record player, a tape deck and a sewing machine in front of the kid and then showed them the drawer of screw drivers. TAKE IT APART. Art was very worried about camp, about being left alone and not knowing anybody except Lewis. But he came home on the first day saying it was awesome. So that’s good. Not cheap, tho! Special thanks to my ma for helping pay for the thing.

here’s Art hot gluing some stuff to make a boar with a real little motor and battery. They also learned to saw and drill all by themselves. 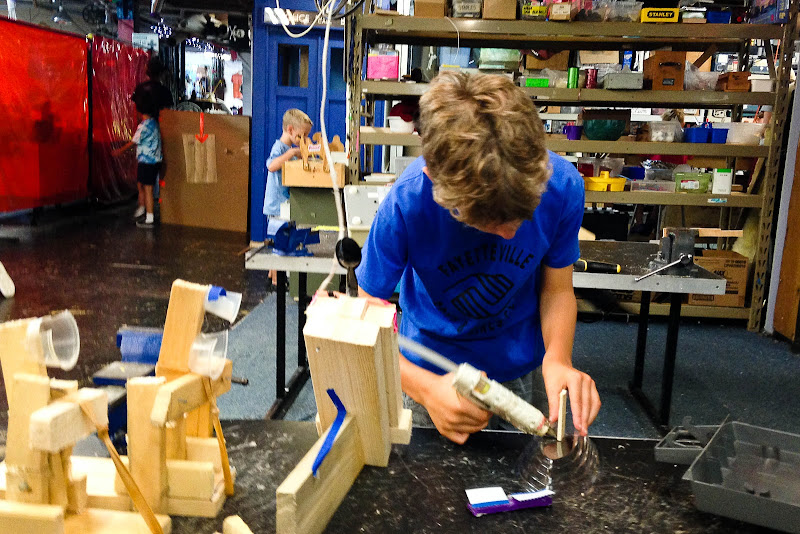