So this is a wonderful thing. The other day, as I posted on this blog, Art and I watched the World Cup US match at the Riverview Theater. We lost but Art (and the entire country) was in awe of Tim Howard, the US goalkeeper. He stopped a record number of shots and was just amazing. And recently we learned he as Tourette’s Syndrome like Art! (here’s a post explaining his TS from a while ago) 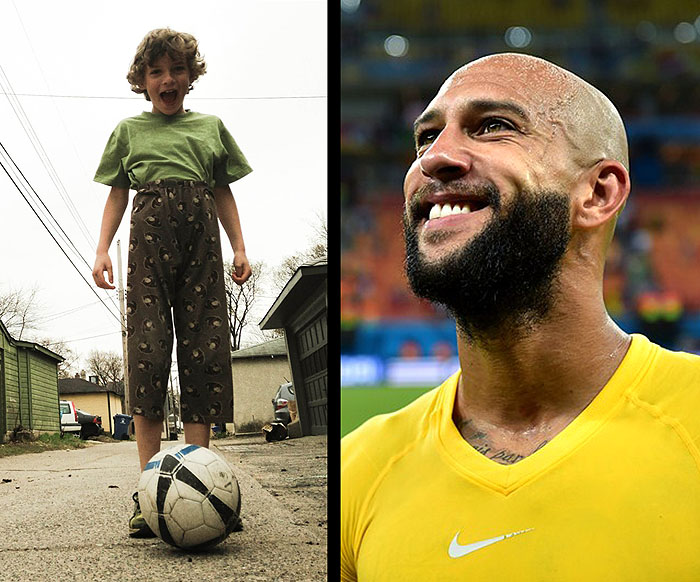 This coincides with Arthur being more aware of his TS. When we all made wishes going around the dinner table one night he said, “I wish I don’t have Tourette’s Syndrome.’ His tics come and go but have lately been more severe with head turning and eye rolling.

So it was with great joy and a tears in my eye when I read him a story about Tim Howard and his Tourette’s Syndrome. The story called it his ‘secret weapon.’ When Arthur realized what it means—how he, too, has a love of soccer and has TS, and then seeing this guy idolized and successful and open about his condition–Art melted in a puddle of happiness, too. “Papa!?” he said trying to hide his smile. “How does he play so good with Tourette’s Syndrome, how is that possible?” I just gave him a big fat hug.